Immigrating to Canada can be anyone’s dream. People might have different reasons why they would want to move and settle in Canada. Some might say they want to see snow, others will say that there are a lot of opportunities in Canada, while some might say that Canada takes care of their residents and citizens: free education for children under 18 years old, good health care plan and benefits, or others.

There are different ways how people can immigrate to Canada. And of course, this is a step that people who seriously want to move to Canada would need to follow.

Any Canadian citizen or permanent resident can sponsor his/her spouse, partner or dependent children as long as he/she is at least 18 years old. Other relatives that can be sponsored are parents and grandparents. It is a condition that the person sponsoring another relative is financially stable and shows capacity to support the needs of the other person. There is a certain income guidelines to follow. Unfortunately, a sibling cannot be sponsored unless he/she is orphaned and should be 18 years of age.

It a system being used to manage applications for Canada Permanent Residence. It is a selection process based on a person’s skills, education, language ability, work experience, age and other factors, wherein the highest ranks are invited to apply for permanent residence to Canada. An applicant can also get additional points for Canadian qualifications (degrees, diplomas, or certificates), job offer from an employer in Canada or from getting a nomination from a province or a territory.

The program allows international investors to become Canadian permanent residents considering that they have the skills and abilities needed to contribute to the Canadian economy and integrate into the society.

This is a program suitable to immigrant entrepreneurs who show potentials to build a business in Canada which can create jobs for Canadians.

Canada also allows self-employed persons who have relevant experience in cultural activities or athletics. This also allows people who have experience managing a farm and intend to buy farms in Canada to become permanent resident. 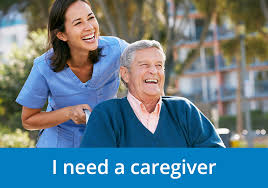 Caregivers who currently live and work in Canada can become permanent residents considering that he or she has provided full-time child care in a home in Canada for at least two years. Nurses, nurse aids and home support workers can also apply if they have been working in Canada for two years already.

People who get a job offer from any of the four Atlantic provinces may become permanent residents. Atlantic provinces include Nova Scotia, New Brunswick, Newfoundland and Labrador and Prince Edward Islands. Any international graduate from these provinces can also qualify for the said program.

These are just some of the programs available for people who would really intend to pursue their Canadian dreams. Choose one that suits you and this will be your gateway to fulfilling your goals.

54 thoughts on “Options to Immigrate to Canada”