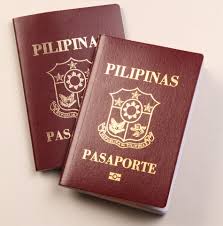 September 2017 (last week) – I attended the orientation with my immigration consultant in the Philippines.

November 1, 2017 – I was interviewed via skype by my current employer here in Canada

November 13, 2017 – I received an email from the employer that my application was successful. Requirements such as ECA, IELTS and 2 reference letters were asked from me.

November 14, 2017 – I submitted asked documents since I already have them readily available.

November 30. 2017 – I received an email from my employer with the following attachments that needed to fill out: Designation letter, Offer of Employment to a Foreign National, Endorsement Application. These documents were also the once I submitted to obtain a settlement plan.

December 5, 2017 – I received my settlement plan from YMCA. The same day I emailed it to my employer.

January 2, 2018 – I received my AIPP endorsement from the province which allows me to start sending my PR and WP application. During this period, my police certificates from all the countries I worked before were not yet complete (UAE, Singapore, Oman, Philippines and Papua New Guinea). It took a month for me to secure all these clearances.

February 12, 2018 – I did my medical in a designated panel doctor in Papua New Guinea.

September 16, 2018 – I received the email of Passport Request for my PR application.

September 18, 2018 – I mailed my passport to Ottawa via Canada Post, expected date of delivery is September 21.

Now I would be waiting for my passport so I can schedule my exit and entry to Canada in order to be considered a Permanent Resident.

I would like to thank this opportunity to thank my consultant E-Square Management Consultancy. You helped me fulfill my Canadian Dream. Now my dream is a reality because of you.